Uncategorised
July 23, 2013May 28, 2020 Editor 1977 Views 1 Comment
Johnny D researches portable and affordable luxuries for holiday pleasure and in the process comes across some unexpected reluctance

George Bernard Shaw said that a perpetual holiday was a good working definition of hell. So what was his idea of heaven? Anyhoo, this year I’m off to the Med for a (reasonably long) holiday of sea, sun and romance. You can usually rely on the sea being there. The sun? Well, in late July, in that part of the world, there’s a sporting chance he’ll have his hat on and be coming out to play. But romance? That can be more elusive. Expectations and excitement are running high, auguring well for some exceptional rec-sex. Yet a delayed flight, a hotel that turns out to be more Carry On Abroad than Cipriani, some A&E-grade sunburn, acute e-coli or a gala performance at the mosquito opera can all be passion-killers.

As a sort of cheering-up insurance against any of these baleful eventualities, you could do worse than pack a few affordable luxuries for the bedroom. To that end, I’ve compiled what I hope will be a romance-enhancing selection which, although chosen primarily for the female partner’s enjoyment, should inspire her lover to reach for the Wilder Shores as well.

None of these should be triumphantly produced from the depths of a suitcase on arrival, like a rabbit from a magician’s hat. Unless she or he has a thing for surprises, part of the fun is to discuss carefully with your partner and to make the choices with her/him. It’s weird, I know, but what men often think is bound to be rapturously received, women can be decidedly iffy about. Reactions to unsolicited gifts range from ‘Mmm, very nice. Now I’ve got something to wear to your friends’ hellish fancy-dress party next month’ to ‘You can not be serious’.

So once you’ve transferred from Els Bels to a snazzy boutique hotel, atomized the room with Bug-Terminator spray, slathered Ambre Solaire après-broil over yourselves and swallowed a few dozen Imodium tabs, it could be time to unpack one (or more) of these and have yourselves a ball…

Something To Get You In The Mood 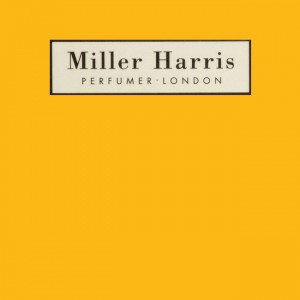 My fragrance guru tells me that she likes the fact it is billed as ‘an expression of the life and style’ of the saucy Franglaise singer and actress, the cute and leggy Jane Birkin, who shot to fame for getting her kit off as a teen wild child in the 1966 Antonioni movie Blow-Up – the start of her successful film career. A couple of  years later she went on to do a double act with bad-boy Serge Gainsbourg, singing that song Je t’aime…moi non plus.  This got everyone into a lather of excitement at the time because La Birkin breathed heavily, hit some Kate-Bush-y high notes and finished by sighing climactically, spurring on her retentive Serge with ‘Non! Maintenant – viens!’. The Vatican banned it (always a marketing plus). Then BBC’s Radio One banned it (every little helps). Then many started to speculate that Serge and Jane were in fact singing about anal sex, rather than more straightforward fucking, when they breathed the line, ‘Je va et je viens, entre tes/mes reins’. All très shocking. Jane went on to inspire a  handbag for ‘L’univers de Hermès’ that now retails at up to £100,000. It’s said she’s passionate about Burmese democracy and a tireless toiler for human rights à la Amnesty International. So with all that haute couture, film-world glitz and affirmation of solidarity with the oppressed, what woman could resist  L’air de rien, which evokes ‘the nostalgia of dusty libraries and old books’ with its charmingly naive drawings of a long-legged nude on the label?

We waited some more, and then the response arrived – in the negative. It seems that Miller Harris didn’t want to sully their pristine brand by appearing in ER, and Lyn was unwilling to help us choose the appropriate fragrance for outstanding holiday sex. So sorry, readers, we’ve made our suggestion, but if evoking the smell of a dusty old book doesn’t appeal, you’ll have to make up your own minds. And we look forward to the day that Lyn Harris and her company have enough faith in their product not to get their knickers in a such a prim twist about its branding. 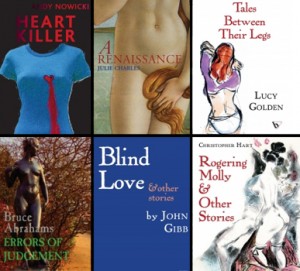 And talking of books, these ones don’t have a dusty smell. Or any smell, for that matter, because they’re e-books. In case you hadn’t noticed it, ER’s sister site, ER Books, has a pretty good selection of saucy literature to download to your Kindle, or Nook, or any durned e-reader, tablet or even smart phone that you please. All at a very affordable £4.30. I would recommend the two latest novels: Errors of Judgement by Bruce Abrahams, ‘A very English tragi-comedy of errors. When Lust pays a visit to staid Suburbia, all hell breaks loose.’ and Heart Killer, a dark and tense psychological thriller by US author Andy Nowicki.

I also think some of the best holiday reads are short story anthologies. You can polish one off whilst sipping your pre-prandial Negroni, Kir Royale or Bellini. Luckily ER Books  has a good selection of these, and all you have to do is click on a title here and you are just a few more clicks away from downloading some really rather special reading matter: John Gibb’s Blind Love and Other Stories; Christopher Hart’s Rogering Molly and Other Stories; Lucy Golden’s Tales Between Their Legs; Henri Breton’s The Devil’s Whisper and Other Stories from the Captain’s Table.

And finally, don’t miss Julie Charles’ A Renaissance – a ‘Roman Holiday’ set in Milan: ‘A young girl with flaxen hair and an open heart has come to teach English in Milan, but it is she who receives an education in how to speak Italian, dress Italian and have sex with Italians… ‘

Something To Take Off 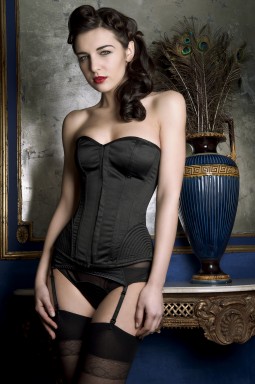 Or keep on. It depends, does it not? It’s strange to think that the two main players in the history of the corset were Catherine de Medici, who introduced it to France in the sixteenth century and the United States War Industry Board, who in 1917 asked women to stop buying corsets, a step which liberated enough metal to build two battleships (whatever happened to whalebone?). Despite playing such a patriotic part in World War I, the huge corset industry (no, Orlando, I don’t mean the industry for Huge Corsets) never really recovered. There have been one or two revivals in the 1930s and 1940s, but the most enduring has been the 1990s fetish revival and, recently, a more haute-couture type of popularity among designers.

I searched and found the Playful Promises Vintage Stitch Corset  £69.95 – available from Eve Made A Wish

The Vintage Stitch is a stylish black corset that has hand-stitched art-deco-style detail. Be braced for a discovery of hitherto-unknown voluptuous curves. Robustly-made with boning to pull in the waist and a good feel to the satiny material which is Polyamide, but with a comfortable, 100% cotton lining. Anticipation is everything, I know, but joking apart, you should leave around ten minutes to put this on. Rather less to take it off, if you must. You can wear it under clothes, too. Make absolutely sure you check the ‘Facts and Features’ table in Eve Made A Wish’s helpful site for sizes.

Something To Fool Around With 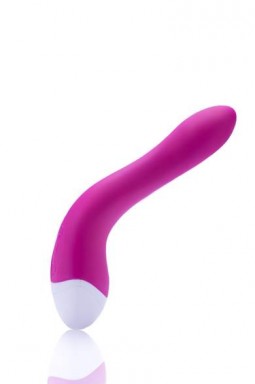 It’s shaped for women’s orgasmic enjoyment. I was told I couldn’t apply for the job of test pilot, which was hurtful, although I took this news manfully. However she who did get the task gave a full and enthusiastic report. The shape and texture were the best she had experienced in a long time. She gave it further plus points for the fact that it could be recharged via a USB connection. Its quietness was exemplary and she thought the lights were ‘really pretty’, and though initially its controls had a tendency to baffle,  they turned out to be a lot of fun getting to know. So to acquaint you yet further with Desire, I’m going to quote the Sh! Boffins’ blurb:

A soft, smooth ergonomic body encases super-quiet double motors, controlled through beautifully illuminated LED switches. Desire provides 20 thrilling vibration patterns (count them!) throughout the length, with amazing intensity resounding from the tip. The different vibrating functions offer something for everyone, no matter what intensity you prefer, so try them all out and discover how escalating vibes can tease you over the edge! Powered by a large-capacity rechargeable battery (4+ hours of play), fully waterproof and manufactured from top grade silicone, Desire is a perfect balance of modernity, sensuality and practicality.

POSTCARDS FROM BEYOND NO. 4

How not to lose your virginity

One thought on “Affordable Luxuries: four or more things for a couple to take on holiday”