She is the author of The Darker Side of Lust (1st, 2nd edition) and Exhaust Pipes under her publishing company, Native Creative Press. Her writing career began as a health, fitness and nutrition freelance writer. On her blog she covers sex, dating & relationships, pens revealing personal essays and emotionally direct rants. Ekue owns and operates Native Creative Concierge, a private excursion service and is the creator of the natural hair t-shirt brand, Don’t Pet The Fro™.

If any, which photographer/visual artist do you admire most?

Are we all beautiful? By which I mean do you discover aesthetic beauty in everyone?

I’m learning more and more as I get older that there is ‘someone for everyone’ and ‘every body is beautiful to somebody’. As for photography. I can view a  photograph of someone and find the image visually appealing or evocative, creative. That’s completely separate from my personal preferences.

How do you find male self-image differs to female? Men are often presented as being a lot more confident in their own body image: but one cannot help but feel that this isn’t really the case. What have you found about male confidence  – or lack of it?

Does a model’s sexual orientation affect his relationship with the camera?

I don’t discuss a model’s sexual orientation before a Bare Men shoot. Being nude doesn’t have anything to do with their sexual orientation. I may learn what their orientation is through hints in a conversation or if they volunteer the information but I don’t ask. It’s  a non-issue for me.

What was your most memorable shoot?

There are certain images that I remember what happened right before or after we got the shot. There are some shoots that were pretty generic but no one shoot stands out as the most memorable.

Do you feel that the Bare Men theme has infinite potential or do you eventually want to explore something else entirely?

Bare Men can go on as long as there are men willing to pose. There are other men who hire me for nude shoots that are not in the Bare Men series because they choose not to have their images published but the experience and the art are still desired. Working on the Bare Men series does not prevent me from shooting my other editorial and portrait photography. I’m sure there will be other photo series I work on concurrently.

Do you feel that Bare Men could act as a counter-narrative to staunch feminism, which arguably lends itself to a general vilification of men?

I’m not here to speak for feminists because feminism isn’t a united front. I am pro-woman and I’m not anti-man but in working with men for as long as I have, I can see why some women would vilify men. Until the judgement of male bodies becomes public it’s not a counter-narrative yet. Art is subjective and as this question demonstrates labels will be placed on work and it may be used for or against different stances.

A lot of your models have chosen to remove their pubic hair. Do you feel this is as politicised as female pubic hair? Has this been a talking point with your models?

It’s definitely not as politicised as female pubic hair. Everyone has an opinion on women’s bodies and unfortunately there are many women who have internalised the negative consensus. Pubic hair isn’t a talking point with my models. Anyone who works with me knows it’s ‘come as you are’. I don’t request body hair or not for Bare Men shoots. I don’t see the men nude before the shoot and then make a decision based on whether or not he has pubic hair.  My personal preference about pubic hair isn’t a factor on whether I will photograph a man.

What are the differences between male and female bodies that you find most significant: the actual structure of the body, genitalia or secondary sexual characteristics?

Female and male bodies aren’t that different.  When you look at nude bodies you can see how we all started out the same in utero. As far as what is the body is ‘expected’ to look like after puberty that’s a spectrum too. There are men that are very ‘soft’ and lack muscle tone, who have wide hips and who have breasts. Some of them can’t grow facial hair and others have small penises and almost non-existent testicles. 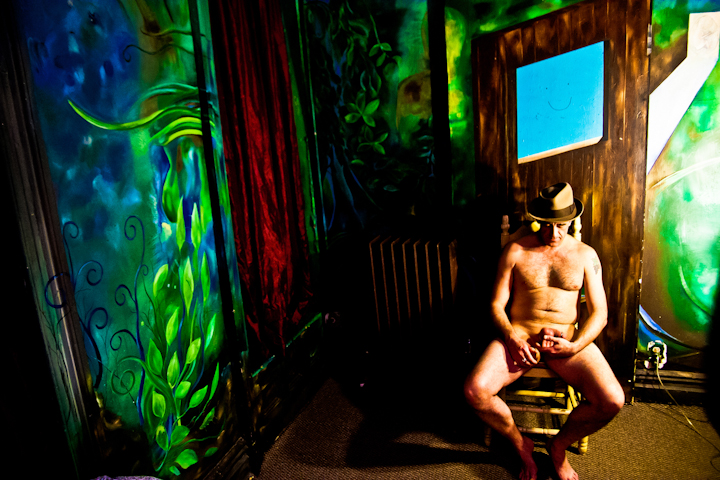