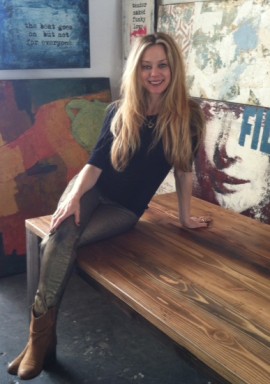 BORN IN THE BOHEMIAN SEVENTIES, Hannah Sward was abandoned by her mother and lived with her poet father on an island with no stores or cars. Kidnapped and molested by a stranger at age six, she grew up to be a stripper and a prostitute with a taste for crystal meth—which seemed to be a sure-fire way to lose weight—with stops along the way for silent gurus, sugar daddies, and drinking in the CVS bathroom before therapy sessions. Painstakingly honest, often humorous, Strip is a heartfelt memoir revealing a woman’s journey from innocence to a dark existence, and beyond it to a world of empowerment.

More of her work can be read at hannahsward.com

An Affair with Mr. Ordinary

The Exterminator and The Girl in the Alley