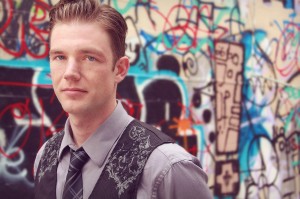 James Prenatt is the self-proclaimed King of Worms. He lives with his queen in Towson, MD, where he spends much of his time brooding, loving his queen, and occasionally writing. He likes horror movies, snow, Satan and witches. His work has appeared in magazines such as trampset, Anti-Heroin Chic, and Quail Bell Press.

Sex and Romance in Odessa