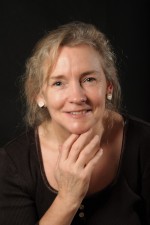 Katherine Mezzacappa was born in Carrickfergus in County Antrim but now lives in the northernmost tip of Tuscany, between the Apuan Alps and the Tyrrhenian Sea, and writes historical fiction on themes varying from the United Irishmen Rebellion of 1798 to Romani gypsies in 1920s Oxfordshire.  She earns a living in management consultancy and translation, but has worked as a museum curator, library assistant, lecturer in art history, sewing machinist and geriatric care assistant.  She has published academically in the field of 19th century ephemeral illustrated fiction, and in management theory, but it is fiction that nourishes her soul.  In her spare time she volunteers with a second-hand book charity of which she is a founder member.

Domino – A Memoir of Venice

An Innocent Love for Germany