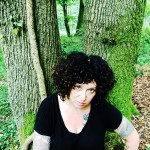 CP is interested in the use of spectacle; fairground rides, magic illusions and grand ritual as a means of creating highly accessible provocative work, rooted in popular culture that promotes cultural and political discourses.

PricewaterhouseCoopers and the Sex-Proof Office

The Radiance of Banality – Part One

A Slut Is Not A Slut