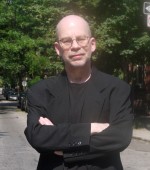 Robert Rosen is the author of Nowhere Man: The Final Days of John Lennon (Quick American Archives) and Beaver Street: A History of Modern Pornography (Headpress). Over the course of his career, he has edited pornographic magazines, written speeches for the Secretary of the Air Force, and been awarded a Hugo Boss poetry prize.

Born in Brooklyn, Rosen attended Erasmus Hall High School and the City College of New York, where he studied creative writing with Joseph Heller, James Toback, and Francine du Plessix Gray. He lives in Manhattan with his wife, Mary Lyn Maiscott, a writer, editor, and singer. They both do freelance editorial work for Vanity Fair magazine. (robertrosennyc.com)

The reality of dreams