Uncategorised
October 15, 2012May 29, 2020 Editorial Assistant 1221 Views
"This is my home. You're my husband. And my children are upstairs in bed. I'm a happily married woman - or, rather, I was until a few weeks ago. This is my whole world, and it's enough - or rather, it was until a few weeks ago. But, oh, Fred, I've been so foolish. I've fallen in love. I'm an ordinary woman. I didn't think such violent things could happen to ordinary people." - Brief Encounter, 1945

I’ve spent the summer inadvertently reading about cheating. Infidelity has been the subject of so much literature. Chaucer’s full of naughty little husbands and wives; Shakespeare’s Much Ado, Cymbeline, Hamlet, Othello and The Winter’s Tale, to name but a few, all deal with the ‘green-eyed monster’, though none of them too favourably. More recently, The Scarlet Letter, Madame Bovary, Doctor Zhivago and The Great Gatsby similarly break down the barriers between impulse and propriety. Tolstoy beautifully presents the moral dilemma of a marriage constrained by societal expectations in Anna Karenina:

“One dream she had almost every night. She dreamt that both at once were her husbands, and lavished their caresses on her… And she was surprised that formerly this had seemed impossible to her, and laughingly explained to them how much simpler it really was, and that they were both now contented and happy.”

The new film, set almost exclusively in a theatre, hammers home the theatricality of the characters’ lives, and the bravery of a woman who refuses to play the part she’s been given, who dares instead to grip hold of reality. 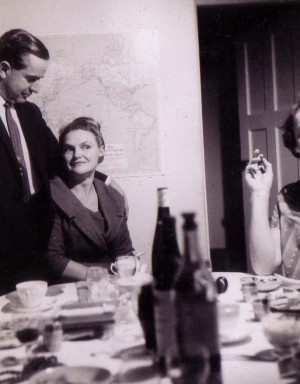 Sebastian Faulks’s On Green Dolphin Street also takes adultery as its focus: a critically under-estimated story set in the boozy haze of pre-election 1963 Washington. Mary, the wife of a British diplomat, must decide whether she can co-exist between husband and lover, both of whom she loves deeply. Indeed, of the former, she “loved him as much as ever, more perhaps since she had betrayed him”:

“At first when they had made love, Mary was surprised that a woman of her age should still have a hunger for these actions, ungainly, coarse…she would not have thought that she could still feel so desperate to perform an act which she had mentally relegated to her past…it was odd that the feelings she had were so little like love as she understood it – what she had felt for Charlie, or her mother or her children.”

Even as she delves deeper into this new, secret world, her husband is never dislodged, never discarded: she adores him even as she deceives him.

Re-released in the wake of 50 SOG – but much, much better – Nikki Gemmell’s 2004 The Bride Stripped Bare confronts the issue head-on. Its narrator believes her relationship “will not survive the brutality of absolute honesty”; she wishes her “furious need” would dissipate even as she knows it cannot. “Why”, she frequently questions “must we crave the things we’re not meant to?” The conclusion that her husband “deserves her unfaithfulness, because it keeps her with him, it keeps her marriage together, which they both want” is certainly controversial, but is this what modern marriage is edging towards?

Citing the rise of internet dating, life expectancy and an ever-increasing sexual dialogue, she asks just how we can still “take the crushing old rules…that turn marriage into a prison, for granted”. The Brits and Americans are wallowing in antiquated hang-ups about the sanctity of fidelity, and need to take a leaf out of the French book, in which the conventionality of affairs has lent the country a much-reduced divorce rate. There’s even an accepted ‘magical space’ – the cinq a sept – during which affairs are conducted. We should stop stigmatising them, she claims, and start welcoming those essentials which even the best of marriages may come to lack after a time: “excitement, being alive, seduction, flirtation, love, affection, sexual bliss, lust, caution, eroticism, fantasy, danger, adventure, exploration and the determined refusal to grow old gracefully.” Hakim does, however, insist on the necessity of complete discretion, airtight alibis and, above all, responsibility: no lack of protection, desertion of house and home, or expensive trinkets bought with the mortgage. There are new rules, but rules they remain. 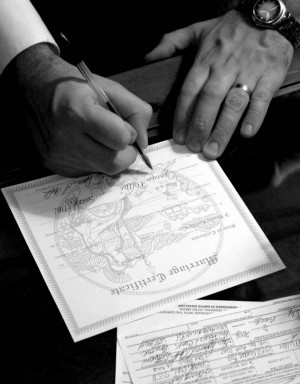 Presenter Jane Garvey mediated between scores of phone-in comments from men and women whose spouses had proved unfaithful: understandably, the programme touched upon some raw nerves. Affairs, whatever we feel about Hakim’s theory, constitute the ultimate betrayal, and have the potential to shatter lives. After hearing many poignant stories, however, the last anonymous caller audibly cleared her throat before speaking: “I think” she said, “we need to give a voice on this broadcast to the Other Woman”, before explaining how she had been in a relationship with a married man for over a decade and how it was, by all accounts, a happy and fulfilling partnership. She saw him twice a week, something which had always suited her, and it had helped to strengthen his previously faltering marriage. But what of the man? It can’t, after ten years, have been all about the sex, which suggests that some people may have mastered what for centuries has been deemed impossible: namely, loving two (or more) people concurrently. The sheer number of dating websites – maritalaffair.co.uk and illicitencounters.com for instance –  offering services specifically catered toward married couples suggests that Miss Hakim’s hypothesis defines in concrete terms what we already knew: other people are clearly feeling the same way.

This sort of mentality is, of course, fraught with problems, and there’s an extent to which I have no right to presume on the matter, being the product of a happy marriage and, so far, faithful and monogamous relationships. Hakim states that the British response to affairs is “sour and rigid”, but by breaking the one essential constant in a relationship – trust – what alternative reaction can realistically be envisaged? ‘Discretion’ is a very pretty word for a very ugly thing, as Radio 4’s listeners revealed.

Yet the conversation struck a chord: I’ve often wondered whether it is realistic or even healthy to expect people to choose one partner and surrender all sexual contact with anyone else thereafter. As a friend so aptly put it last week, “I’m only just starting to realise how much cock there is in the world.” Even if a couple have, to all extents and purposes, a successful marriage, it seems perfectly natural that a one/five/ten/forty-year itch might one day seize one or both by the loins and refuse to release them. Repetition by its very nature has a dulling effect. This is not to say that a sixty-year marriage will have lost its initial clothes-ripping spark, and cannot be exciting – far from it – but it would be perfectly natural if things had slowed down. Hakim describes Claire, who sought out extra-marital affairs despite a loving and secure marriage, “because she wanted the excitement of a lover who would always be a novelty”. In such cases, a divorce appears unnecessary, even histrionic. Variation in and of itself – and in this case, the desire to experience something new – is part of the essential human condition.

I went along to see Hakim speak at the University of London Union, hosted by the political organisation New Turn. The debate, ‘You Need to be Attractive to be Successful’, focused mainly on the concept of erotic capital, but she described the “kneejerk moral reaction of puritanical Anglo-Saxon” nations, who strap sex and sexuality into easily-swallowed pigeon-holes from which it can be difficult and painful to escape. She’s a formidable woman; compelling and direct without being overly demonstrative, and from speaking with her later on it was clear that a good deal of rubbish has been written about her work. She’s not anti-marriage, nor does she believe the institution necessarily transforms people into ‘caged animals’: what she does believe is that we need to take a long, hard look at why fidelity and monogamy have become so enshrined, and from this alter our attitudes accordingly.

In Britain today, “nothing but catastrophe” can come of revealing extra-marital dalliances. Ideally, an unspoken agreement between couples would allow the hallowed nucleus of the family and the home to be preserved; affairs ought to be considered an essential cure rather than a disease. “It’s so obvious to me,” she says, smacking her hands down on the table, “I can’t believe we’ve never had a concept for it before.” Hakim has given a new voice to a possibility which has been flirted with for longer than we might think: it is de Laclos’s Les Liaisons Dangereuses which summarises so succinctly the notion that “one tires of everything, my angel: it is a law of nature; it is not my fault.”

For further discussion of the merits or otherwise of multiple partners, read Tricity Vogue on Polly Amory here.

Corbyn the Musical: The Motorcycle Diaries

postcards from beyond no.6: pollen count