Uncategorised
November 5, 2013May 28, 2020 Editor 1299 Views 0 Comments
"Aggression against women really has nothing to do with sex and seems to come from a handful of strange and inadequate men."

Are you a sodomite, fellator, one who desires his or her own sex, a transvestite, a sado-masochist, or a necrophiliac? In the past, you would have been considered a bit of a weirdo. And even today most people think that getting over-frisky among the stiffs is going just too far. Consequently, back then, there was almost universal acceptance that straightforward missionary sex, performed by one man and one woman, is ‘normal’ sex. Now, apparently, we aren’t so sure.

I  talked to Julie about her research, her own sexual politics and her hopes for a world that is more tolerant of those who want to express their sexuality in a different way.

ER:   Your work as a sex historian is prolific. What lead you into the field to begin with?

JP:    I started out studying for an MA in Women’s History many years ago. I was most interested in prostitution in history so read a lot a round that area. Many women in the eighteenth-century fell into it because of poverty – prostitution tended to go up with seasonal fluctuations in employment, when many women could find no alternative work. Better off women took their chances and became courtesans, mistresses to and Dukes or Lords. Towards the end of the degree, I discovered Henry Spencer Ashbee, a nineteenth century bibliophile and collector of pornography and was fascinated with his revelations about flagellation mania – I had found my dissertation! I wrote on Women, Whipping and Whims revealing about women involved in specialist flagellation brothels, and about men’s flagellation fantasies in eighteenth-century pornography. I spent hours in the British Library reading through his collection. I used this as a starting point for my PhD by which time I was thoroughly hooked. My mentor was the fabulous Professor Roy Porter who had written a lots about sexual knowledge and sexual science.

Once I had finished my PhD, I was lucky enough for Palgrave to publish it as Mighty Lewd Books: The Development of Pornography in Eighteenth Century England. It was quite popular so they reprinted it as a paperback last year to make it cheaper and more accessible for members of the general public interested in pornography. I then was put forward for a history competition and another publisher asked me to write a book which ended in Lascivious Bodies. A Sexual History of the Eighteenth Century. From then on publishers kept contacting me asking me to write books for them, so I just kept writing them.

ER:   When one thinks of 18th century female sexual heroines, characters such as Moll Flanders and Fanny Hill spring to mind – characters who were, of course, written by men. How do their experiences of sexuality differ from documents written by actual women at the time?

JP:    Both Daniel Defoe and John Cleland were very astute writers. They were both well aware of not only of women’s dreadful insecure economic positions at the time, but about prostitution. In the eighteenth-century, women were dependent on men seen as appendages of their fathers and husbands. All their money and property, even their earnings if they could work, automatically belonged to the man in the family. Can you imagine it? It had been like that forever up until the nineteenth century when women started campaigning to change the laws on property rights, divorce and custody rights, rights to education, right to vote and so on. Before then, prostitution was the only choice for many between starvation and survival. It was easy to go from rags to riches and back again, as Moll and Fanny’s stories tell so well. And the stories are a jolly good read!

Women who wrote their autobiographies paint much of the same story – life of a constant round of parties in luxurious houses, bedecked with all the expensive jewellery clients had provided. But with it went all the miseries of an insecure existence, often not knowing what would happen next. Some ended up in debtor’s prison. Once they aged, their fortunes went with them unless they turned their hand to running a brothel. I am about to start my own book called Memoirs of A Whore , based on a real-life eighteenth-century courtesan. 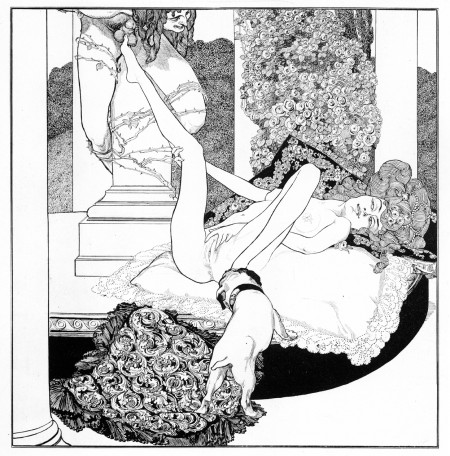 ER:   There’s a lot of hand-wringing in the media over the sexualisation of young women. As a sex historian, how do you feel about the increasingly active sexuality of women? And how does it compare to female sexuality in the past?

JP:    Young women have always been sexualised, but at least it gave them power which they could use in an unfair disadvantaged economic position. When they became mothers they were relegated to the domestic realm. Any women in the past who had sex outside of marriage was considered a whore. A double standard existed which made it acceptable for a man to have sex with whom he wanted, when he wanted, married or not. But for a woman to remain ‘respectable’, she would have to remain a virgin until she was married and then only ever have sex with her husband. Then there was always the problem for women of unwanted pregnancies. That fear only passed with the coming of the Pill in the 1960’s which liberated women in the west.

I do not mind sexualisation as long as we have the sexualisation of men on an equal footing. While it seems to be easy to sell men things by having a half-naked women next to it, women do not seem to buy into the same offers.What’s going on there? We seem to be wired differently. Men like looking at women, and so do women. Women want to see women on their glossy magazines not men. I think it is the same with pornography – women like it , we just want it made differently. But there is nothing wrong with sex per se in public culture – it is how it is portrayed which is important. What does bother me is inequality, violence and misogyny like the pathetic wierdos who start annoying women like Caroline Criado-Perez (the woman who campaigned for a woman’s face to be on the banknote). How silly is that? A lot of the confusion about sexualisation is the mixing up of violence and misogyny with sex. Aggression against women really has nothing to do with sex and seems to come from a handful of strange and inadequate men. I think most men like to adore women and look after them. At least the men I know do. They are all feminists. I think people should look after each other.

ER:   You describe the book as ‘a small offering to equal rights in the hope of the creation of a less phobic world’. How liberal do you think British society currently is, when it comes to sexual preference?

JP:    I like to think we are moving towards tolerance. If you look back over the last two thousand years or so, women, cross-dressers and homosexuals have been on the bottom of the pile, economically, socially and politically. Anyone considered ‘different’ was persecuted. Everyone who did not follow the rules was punished. Usually it was religion which had dictated these rules – no sex outside of marriage, chastity for single women, no sex between people of the same sex, no wearing clothes of the opposite sex…..and so the list goes on. And who made these lists? It was a handful of chaste elite men. Now people of all classes and all genders have more of a say, but it has been a long hard-fought battle and it is still not over. How long did it take for us to agree on same-sex marriages – why was it such a problem of some people? I really do not understand why people fear anybody who like their sex in different way to themselves. Education and communication is always the key to helping people understand each other. 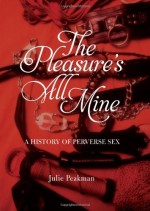 THE OLD DOOM BAR | POSTCARDS FROM THE EDGE – 23