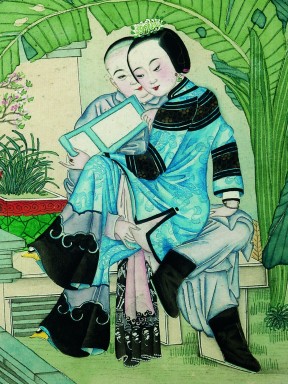 News has filtered through the Bamboo Curtain that Lei Zhengfu, a Communist Party worthy in Chongqing, South Western China, unwisely starred in a sex tape, cavorting with his (unnamed) 18-year-old mistress. He’s been given the push by local officials. Poor old Mr Lei, it seems you can’t even enjoy the perks of high office any more like you could in the Great Helmsman’s day.  But we feel more sorry for the ‘mistress’. The odds of her being able to profit from the notoriety surrounding the tape à la shameless hussy such as Kim Kardashian, Paris Hilton or Pam Anderson would seem extremely slim, despite her country’s vast population. 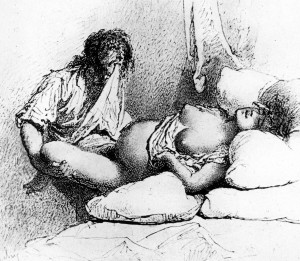 A Malaysian study has found that there’s no evidence to back up the idea that having sex when a baby is due will trigger the birth process.
So that’s that, then. However this 19th century drawing (see right) by Hungarian artist Mihaly von Zichy entitled Une demi-heure avant l’accouchement tells us that the theory has some history behind it, whatever the boffins at the University of Malaya might say.

The Deviant Legacy of Dennis Hopper

Sex Workers of the World – Unite!