‘I tell men they’re beautiful; they won’t have heard that.’

Cindy Gallop is sitting, cupcake in hand, legs sheathed in her trademark black leather, explaining how she goes about communicating her sexual needs to the men she sleeps with.  Cue the old adage, it’s not what you say, it’s the way that you say it.

Funny, messy, and responsible sex: this is the reality for so many of us, and it is what Gallop hopes MLNP.tv’s contributors will capture on camera.  The real-world videos will be ‘the sex equivalent of Charlie bit my finger’, facing up to the unsanitary realities of period sex, for example, and seeking to eroticise condom use.  Got any creative ideas for dealing with those awkward condom moments?  Then Cindy needs you, especially if you’re British.  We’re letting the side down apparently.

Bear in mind that you will be competing with the likes of professional porn stars, Danny Wylde and Lily LaBeau, the current site favourites; it’s like Eurovision, only classier.  Gallop is keen to cultivate a competitive spirit amongst her contributors, who must pay $5 per video upload.  50% of each video rental fee then goes to its stars, in marked contrast to the porn industry’s standard practice of paying its actors one-off fees.  So that’s $2.50 in the bag everytime someone rents your video: not a bad little earner.  It’s a clever business model, incentivizing contributors to promote the site and produce high quality videos, which are then vetted by Gallop and her team.  (Thus far, no videos have been rejected.)  She is shamelessly and necessarily business-minded; the $500,000 investment which enabled her to develop the brand did not come easily, and her plans for MLNP.tv’s future are ambitious to say the least.  She imagines it as a kind of ‘Etsy of sex’: ‘they say sex sells; let’s see if it’s true!’  But there’s no doubting that what gets her out of bed in the morning, and out of the arms of her twenty-something man, is the social mission behind the campaign: to make sex something that we are comfortable talking about.  Gallop would have us riding one another in the way that we most enjoy, and not how a multi-million industry conditions us to believe that it should be done.

Her approach is a radical one.  She sees MLNP.tv as the natural next step in our obsession with online sharing, a celebration of just another aspect of personal relationships: marriage proposal, wedding photos, wedding night…  But is this a step too far?  Is she guilty of lifting the lid on something which should be kept private, sacred even: the act of making love?

One might argue that it is the sanctification of love-making, and its portrayal in film and television as a beautiful, instinctive, wholly fulfilling act with few (if any) attendant complications, which is at the root of many of the problems Gallop is seeking to address.  When was the last time you saw a film in which the hero showed even a flicker of insecurity about his sexual prowess?  Or the act of sex was represented as something other than a perfect dream sequence, serving merely to confirm the couple’s compatibility?  For me, it was What Women Want, and significantly the woman concerned does not give voice to her complaints.  It’s only by reading her none-too-kind thoughts that Mel Gibson’s character can give her what she really wants; and since we are not mind readers…  It’s little surprise then that the people who flock to porn sites, and watch what is essentially the most accessible form of sex education going, should form judgments about how to have sex based not on reality, but on an artform. 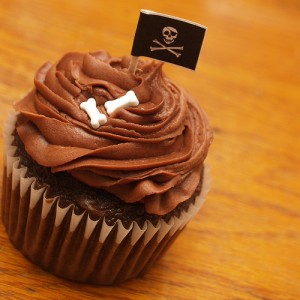 In her book, Gallop quotes numerous people whose relationships are sexually unfulfilling, and who in their unhappiness and confusion, reached out to her via email, youTube and other social media channels.  Their words, ranging from funny and touching, to poignant and downright depressing, demonstrate that there is an urgent need for us to start talking to one another about sex.  Whether MLNP will succeed in generating these dialogues remains to be seen, but it is making waves.  Parents are sending the link for the original text-based website to their children, whilst over 19,000 people have signed up to the TV site.  Gallop is fighting fire with fire, employing shock tactics in an attempt to counter the homogenizing impact of mainstream porn on our sexual behaviour.

Gallop is, by her own admission, one of those lucky few for whom their passion is also their work (though she does freelance as an advertising consultant in order to ‘pay the bills’ for her famously black-themed New York apartment).  With the boundless energy – she chooses to date younger men on account of their superior stamina in the sack – and single-mindedness of an entrepreneur, she is more leather than cupcake.  Listening to her talk – and boy does she talk – one can’t help but get swept up in her message.

MakeLoveNotPorn is a brand committed to giving sex a good name.  Amen to that.

* TED (Technology, Entertainment and Design) is a global set of conferences, formed to disseminate “ideas worth spreading”.