There are more vampires, ghouls, secret agents, mafiosi, devils, freaks, bad guys, cops, monsters and maniacs in Emanuele Taglietti’s Sex and Horror: the art of Emanuele Taglietti than you could shake a zombie’s severed arm at. There’s a fair bit of gratuitous, not say salacious, nudity as well. Sex and violence don’t mix, we’re all pretty much agreed upon that, but sex and horror? Well, evidently, in Italy at least, that was another aesthetic entirely. Ever since Johann Heinrich Fuseli’s The Nightmare caused a popular sensation in London in 1781, lifting sex to the astral plain of pure and fantastic horror seems to legitimise the violence implicit in the imagery. Taglietti’s comic cover art stays just about within the boundaries of sex/horror as opposed to sex/violence, which is more than can be said for the contents of the comics whose covers he so powerfully illustrated.

Buying examples of fumetti per adulti or ‘fumetti sexy‘ (adult comics) at a news kiosk just yards from the entrance to the Vatican in the 1980s, I discovered that, between the lurid covers, sex and violence were being freely and lustily combined. These found a ready national market in Italy; not so in the UK, where for a long time this sort of comic was not welcomed by HM Customs, with notices to that effect posted in airport customs areas to discourage any would-be fumetti collectors. In neighbouring France, fumetti sexy had their counterpart in BD Adultes. Possibly because of a culture of illustrated comics and children’s books that reached back to the Belle Époque, these were marginally more sophisticated, contents-wise, and the covers less lurid, but the fare was pretty-much the same.

Taglietti also found employment in the film industry, thanks to a family link to Michelangelo Antonioni. He worked on numerous films, including those of his illustrious film-director cousin, but also on Fellini’s Giulietta degli spiriti – a fine influence. Frank Frazetta’s illustrational style was one he admired, but in this lavishly produced paperback celebrating his powerful art, there is plenty of evidence that Taglietti’s was a strikingly original talent. 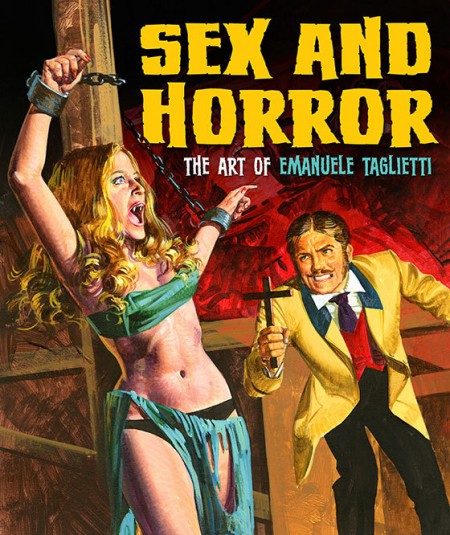 Diary of a Commitment-phobe