Humanity has been pressing buttons for a long time now, but we’ve been having our own buttons pressed for much longer. From the Middle Ages to the AI debate currently raging in our own society, Dr Kate Devlin’s new book details the history of man’s (and sometimes woman’s) intimate relationships with their synthetic partners. What once reigned as pure fantasy is growing legs and edging closer to reality at the dawn of the robosexual age – but can a stimulation simulation ever replace the real thing?

Humanity’s tendencies towards auto-mating the fulfilment of their desires is surprisingly long and nuanced. Devlin’s treatment of both traces of techonophilia in Ancient Greek texts and the modern advanced industries currently making millions turning our floppies into hard drives. While she pays visits to such entities of Abyss Creations, the creators of the most high-tech sex dolls, she does the issue the credit of not lingering in the silicon uncanny valley for too long, and the book also takes in such complex debates around human psychology, gender politics and diversity issues in the current landscape. It is hardly a subject which has been left untouched in the current film, literary and technological climate (to ask SIRI to order you a copy of 2013’s Her or 2014’s Ex Machina), but it is here in a dept and detail hitherto unexplored. 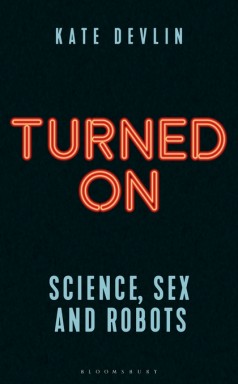 Turned On is the culmination of three years of research from an expert who was last year listed as one of The Evening Standard’s Most Influential people. Given Kate Devlin’s track record in gender equality campaigns, TED talks and media appearances, there is certainly no guide more qualified to lead the reader through the bizarre, fast-changing and ill-defined intersections between sex and science today.

In the Best Possible Taste

Rhetoric in the Bedroom

EXHIBITONS | Undressed: A Brief History of Underwear at the V&A