What holds the key to desire? In an age of instant gratification and constant communication, with sex virtually at our fingertips, moments of mystery feel hard to come by and easy to bypass. Yet scientists suggest that the most powerful dopamine kick can take place in the anticipatory stages, when the neurochemistry of romantic potential runs high.

To a certain extent, we all revel in the anticipation of an event; think of the excitement planning a trip abroad, or the little daydreams leading up to a date. Professor of Psychology at Stanford University Brian Knutson argues that by merely imagining the object of our desire, we activate neural signals associated with the release of dopamine in the brain’s reward mechanism. His research suggests that we not only derive happiness and pleasure from attaining the object of our desire, we do so from anticipating it as well.

Although this anticipation can then motivate us to take action, spurring us on to pursue that career goal or say yes to that date, yearning for something or someone doesn’t always require instant fulfilment. In an experiment with primates, neuroendocrinologist Robert Sapolsky registered the highest anticipatory dopamine spike when the reward outcome wasn’t always guaranteed. He argues that dopamine isn’t about guaranteed pleasure, but about the anticipation of potential pleasure.

I first became aware of this twilight state of longing when I inadvertently put myself in the thick of it — falling horribly, wonderfully, sickly in love with the right person, at the wrong time. For months, I felt like I was yearning for an elusive connection just out of reach. My days were filled with the kind of fever dreams that stay in your veins forever. 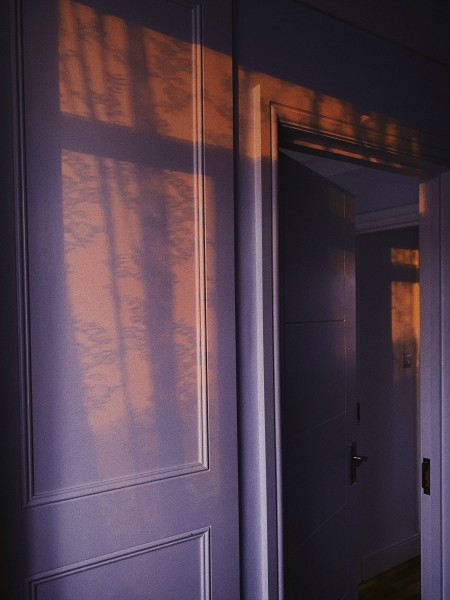 In a way, it became an exquisite form of torture. By having the one thing I wanted more than anything just out of reach and control, I was forced to seek out alternative forms of release. I never felt more creative, more driven to channel this inner fire into positive energy; through writing, painting, travelling and connecting with others.

In an interview, filmmaker and writer Miranda July talks about this creative spark that can originate whilst we daydream about what might be, describing how ‘all types of fantasies are the foundation for creativity — it’s about turning your longing and desire into something more productive.’ So when for me, the wrong time in love eventually won out, I started to miss this intensity of yearning. I romanticised its power over me. More than anything, I craved its ability to evoke a sense of creativity, empathy and drive in me in a way that I couldn’t get from anything else.

It wasn’t until a friend told me about the German concept of ‘Sehnsucht’ that I truly began to understand the extent of this longing. Sehnsucht — one of those elusive, untranslatable gems — comprises the verb ‘sehnen’ (to long for) and the noun ‘Sucht’ (addiction); literally translating as an addiction to longing, though its actual meaning proves far more nuanced. CS Lewis describes it as ‘an unsatisfied desire which is itself more desirable than any other satisfaction.’ In The Pilgrim’s Regress, he develops it as an Experience that is one of intense longing… the sense of want is acute and even painful, yet the mere wanting is felt to be somehow a delight… even when there is no hope of possible satisfaction, [the longing] continues to be prized, and even to be preferred to anything else in the world…

Sehnsucht describes the need to always have something to yearn for, while the point is not the thing being longed for, but the actual feeling of longing itself. Whether the object of our desire is attained, or even attainable, often becomes secondary.

Surpassing the limits of erotic desire, Sehnsucht encompasses all of life’s longings to include people, places and purpose. The word touches upon a basic human need for yearning, which in a way is inconsolable and infinite. Although it is firmly rooted in German romanticism, once you recognise its existence, traces of the concept can be found everywhere — from Ovid to The Great Gatsby, and from Björk to Nizar Qabbani. Freud, for example, believes that he was ‘never free from a longing for the beautiful woods near our home, in which I used to run off from my father — almost before I had learnt to walk.’

To me, Sehnsucht contains that wistful yet joyous feeling on the first day of Spring. I sense it in the moment between closing your eyes and seeing if that first kiss will be returned. It’s a deep-rooted nostalgia for the future, tiptoeing the cliff edges by the sea. It feels like lust, tinged with an inherent sadness. It’s the one that will get away. Sehnsucht always comprises a young, naive feeling with a bittersweet twist, shrouded in an opaque haze — of the present imagination, past memories and future dreams.

At a time where the landscape of love and sex is constantly and rapidly evolving, I became enamoured by this idea of intentionally seeking out longing. In between navigating the tidal wave of possibilities via the likes of Tinder, the pressures on body image through social media, and a fast-paced tech society, the idea of drawn-out moments of mystery appeals to me.

The allure of desire lies in the fact that it makes room for possibility, exploration, excitement, freedom and curiosity. It provides a dose of delayed gratification. Dreaming of perhaps one day being with that new crush, for example, makes us feel alive and challenged. It provides hope, showing us that there is always something left to move towards, that there will forever be a new first to fantasise about, even if this dream might not always be fulfilled. Desire keeps us on our toes.

Belgian psychotherapist Esther Perel highlights that we are most drawn to a partner when we feel like there is a bridge to cross. Desire, particularly in long-term relationships, is strongest in moments with a level of absence, mystery or surprise. These allow us to root ourselves in our imagination.

Eroticism has the ability to transcend behaviour; it originates in our minds. It can be hinted at by a whispered word or fleshed out in a dream.

Our imagination is what differentiates us from other species in sex; we are the only ones who can make love for hours, have a blissful time, multiple orgasms, yet touch nobody, just because we can imagine it. We possess the ability to imagine it as if it’s happening, to experience it as if it’s happening, while nothing is happening and everything is happening — all at the same time. And if it’s our imagination that exalts desire, then our expression of it allows for transcendence.

This explains the recent success of sexting. Sharing digital snippets of fantasies allows us to give voice to these complex feelings surrounding lust and love, whilst still maintaining an air of mystery. It combines modern communication with the timeless grace of a love letter. Melissa Broder— queen of capturing millennial’s anxiety-tinged lust in 140 characters or less via her viral account ‘sosadtoday’ — also recognised the existential poetry in sexting. If done right, it can contain the same inherent beauty and teasing playfulness found in the most ardent, historical love letters.

Some of my all-time favourite writing can be found within the love letters between artists; from Rilke and Salome, Vita and Virginia Woolf, Sartre and de Beauvoir, to (the ultimate rulers of historic sexting) Anaïs Nin and Henry Miller. They capture the language of flirting with the potency of longing. If you ever need any sexting inspiration, get your sweet, anticipatory dopamine kicks from Henry and Anaïs. 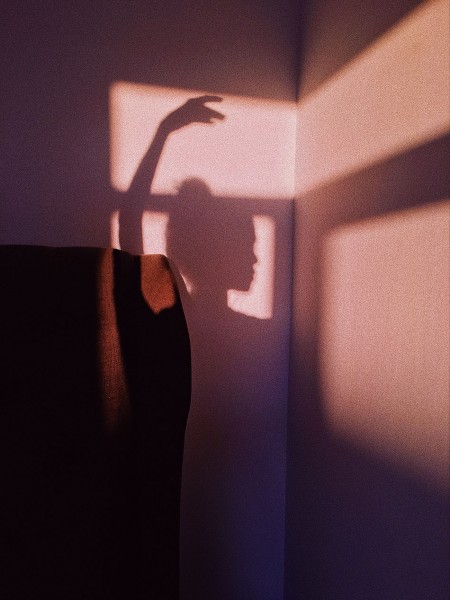 An Antidote to Death

In the months after that heartbreak, I overindulged in longing. I almost lost myself living in my own head  —  escaping to daydreams because I felt that this perfect love could never again become reality, that the longing in my head was the closest I’d ever get. But like many quests for spiritual transcendence, this only offered temporary relief. There’s no infinite solace from a finite source. Too much longing means missing out on real-life experiences, and in turn, perhaps on missing out on that new person, place or purpose to long for. The beauty of desire, after all, lies in its imperfection. Freud even argued that desire and sex (or Eros) provides the perfect antidote to death, bringing about a unique vitality, vibrancy, joy and force in life.

So when I decided to once again jump into the deep end, saying yes to new adventures and daydreaming about a wider world, I felt a renewed sense of energy. In life, there will always be something or someone missing in order for us to feel complete. Embracing longing as a crucial form of growth as well as accepting the messy imperfections of the present brings about the strongest sense of jouissance.

Yet above all else, what these love letters, Sehnsucht and years of intense longing have shown me is that there will always be something or someone out there to long for. We just have to open ourselves to it. After all, the word ‘desire’ derives from the Latin desiderare (‘to long or wish for’) which itself derives from de sidere (‘from the stars’) suggesting that the original sense is ‘to await what the stars will bring’.

In a way, longing reminds us that the stars are always out there. They may be out of reach. At times, they may even be out of sight. But at every moment, they hold the promise of a different world, of forever a new first to move towards.