2014 has been an interesting year in the world of erotic fiction;  sales of romantic erotica, in particular, have been boosted by Sylvia Day’s Captivated by You, the fourth instalment in the Crossfire series. Apparently, Day’s first novel in the series, Bared to You, was not only Penguin UK’s biggest book of 2012 but also the publisher’s ‘fastest-selling paperback of the last ten years’. Similarly, the second novel, Reflected in You, had Penguin UK’s biggest pre-order sales of all time. And Entwined with You, the third, monopolized the Bookseller’s newly established e-book chart for the first three months of its existence, with ‘almost double the digital sales volume of the second bestselling title over the same time period’. At last an author, other than the indefatigable, E L James, hitting the mainstream.

Of course, here we should mention the undisputed queen of kink, Tiffany Reisz, whose novels have been garnering plaudits as well as healthy sales for Mills & Boon’s saucy Spice series. But new, English, voices are also emerging: Jodi Ellen Malpas with her clever and amusing This Man series; the playfully-named Primula Bond, with her the Unbreakable trilogy;  the edgy Sadie Matthews, following on from her After Dark Trilogy, and finally Scottish author Samantha Young who, like E L James, came from a self-publishing platform, and is also doing well with her On Dublin Street series. 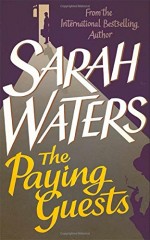 FIRST
The Paying Guests by Sarah Waters
“There came the splash of water and the rub of heels as Mrs Barber stepped into the tub. After that there was a silence, broken only by the occasional echoey plink of drips from the tap . . . Frances had been picturing her lodgers in purely mercenary terms – as something like two great waddling shillings. But this, she thought, was what it really meant to have paying guests: this odd, unintimate proximity, this rather peeled-back moment, where the only thing between herself and a naked Mrs Barber was a few feet of kitchen and a thin scullery door. An image sprang into her head: that round flesh, crimsoning in the heat.” 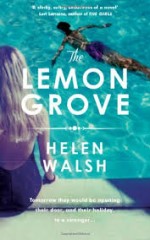 Each summer, Jenn and her husband Greg return to Deia, on Mallorca’s dramatic west coast. This year the arrival of Emma, Jenn’s stepdaughter, and her new boyfriend Nathan threatens to upset their equilibrium. Beautiful and reckless, Nathan stirs something unexpected in Jenn. As she is increasingly seduced by Nathan’s youth and the promise of passion, the line between desire and obsession begins to blur. What follows is a highly-charged liaison that puts lives and relationships in jeopardy. For Jenn, after this summer, nothing can ever be the same. 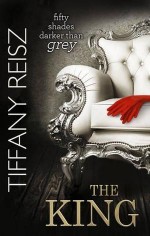 THIRD
The King by Tiffany Reisz
“Kingsley Edge is brilliant, beautiful and utterly debauched. No one can relieve his self-destructive appetite for carnal acts – except Søren, a man he can never have but whom he has always loved…”

……Will he take his rightful place as King of Manhattan’s kink kingdom?” 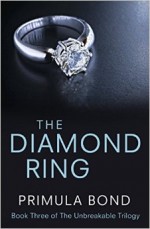 The drama continues for Gustav and Serena. It should be a time of happiness; but Margot, Gustav’s bitter and twisted ex-wife, is determined to destroy everything that Gustav holds dear. Starting with Serena…” 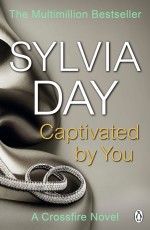 “Gideon calls me his angel, but he’s the miracle in my life. My gorgeous, wounded warrior, so determined to slay my demons while refusing to face his own”. 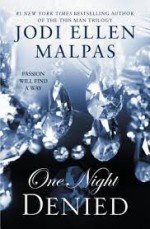 “M has turned Livy’s life upside down. It seems they both have secrets – and following their hearts will risk everything”. 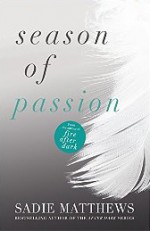 The second book in the Seasons series by the author of the After Dark trilogy.

Flora Hammond is trying to make her dream of being an actress come true by studying her craft in Paris. When her path crosses with that of a mysterious businessman, Andrei Dubrovski there is an instant attraction between them But she cannot escape her privileged background and the paranoia of her wealthy father who is obsessive about his daughters’ safety?” 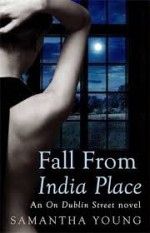 Leaving Hannah was the biggest mistake of Marco’s life -. So when fate reunites them, he refuses to let her go without a fight. Determined to make her his, Marco pursues Hannah, reminding her of all the reasons they’re meant to be together… But she’s been hiding from him – a secret that could tear them apart before they have a real chance to start over again “.

The Trouble with Feminists…