Uncategorised
December 11, 2017May 28, 2020 Editor 1797 Views 0 Comments
Should we compare Donald Friend's sexual crimes to those of Paul Gaugin?

Righteousness is never pretty, and it tends to often respond after the fact. The fallen hero, or at least the figure shrouded in mystery, is suddenly found to be a creature of ill repute, tarnished, and therefore, in need of emotional and psychic exile. Works, and the man, need to vanish.

Such a figure is Donald Friend, advertised on the chat show circuit in Australia as the country’s greatest paedophile artist. (He has been regarded as the finest of figurative draughtsmen.)  The title is, in a sense, a typical introduction to what is an old confusion: is the art of an immoral, criminal artist to be treated as its creator?

In 2006, Friend sealed his place in the pantheon of Australian ignominy and judgment with the publication of his fourth volume of diaries.  A note from February 1967 left the reader on his encounter with a ten-year-old Balinese youth in little doubt doubt: ‘I hope life will continue forever to offer me delicious surprises like Dolog and that I will always be delighted and surprised, he goes about the act of love with a charmingly self-possessed grace, gaily, affectionately and enthusiastically and in these matters he is very sensitive and not at all sentimental.’ 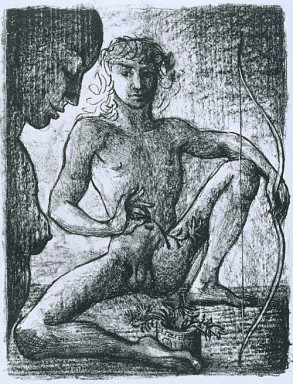 Since the publication of his diaries, Friend’s work has been subjected to a gradual, though unmistakable erasure. He is persona non grata in the art world, a true untouchable for the auctioneers, purchasers and galleries.

This is a debate that should have been long resolved. But puritanical and fundamentalist assessments of labour being the image of moral worth, the vision of a person in that product, tends to intrude.  It keeps company with the nonsense that there is such a thing as immoral art.  Art might be abysmal or well done, but it can never be moral.  The point is known even before Oscar Wilde took issue with the point that a book can never be moral or immoral, simply well written or badly written.

The Friend case is troublesome for its attempt to police the product of an artist, to censure, to hide, and to obliterate the fallen being’s work because of the creator’s character. This approach is hardly befitting any gallery, nor will it do that police have a say in such matters.  Punish the artist, yes, but what of the art?

The same righteous clans now baying for the removal of such artists would do to stop and think about what would be left in a gallery if an artist’s personal resume of conduct were to be considered.  One could start with removing the works of, say, murderers, a gruesomely apt example being that of Caravaggio. Yes, he may have murdered Ranuccio Tomassoni, be it over a tennis match, or, as it was subsequently suggested, a dispute over a prostitute by the name of Fillide Melandroni.

To then charge through the galleries to remove art of such astonishing atmosphere from a soul of such volcanic, ill-tempered violence would be no mere act of conventional philistinism but one of cultural stupidity.

A modern case in point is even more salient. Paul Gauguin’s post-impressionism remains masterful and plentiful, and even, on a certain level, mystical, a window to the animist soul. But here was a true monster, a dissolute exploiter, a colonial figure of his time, and a person who was bound to have had his way with under age subjects in his paintings. 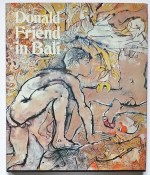 As Adrian Searle would say, writing about the Tate’s Gauguin exhibition in 2010, the artist was ‘guilty as charged’. Post-colonial scholars and feminists were right to take issue with his exploits. ‘The criticism has been a necessary corrective to the unsustainable myth of the artist as protean genius beyond the mores of his time, place and society’.  What he produced, however, is a different proposition.

Art, as opposed to the troubled artist, inhabits a space outside the law. The law remains blunt, crudely temporal, applicable to the human subject; but art resists that, has no knowledge of the principles etched in moral codes, a thing of itself. The only morality in such matters, if, indeed, it could be considered such, is the emphasis on an aesthetic, rules of design or perspective.

Rule makers and regulators tend to disagree.  Their job is to blur the artist with the art, to censor, to control taste, and to suggest that a person who views a work from the brush of a murderer, a paedophile or a thief is somehow diminished, perhaps even encouraged to pursue such a course of action.

Is looking at a canvas or sketch featuring the artist’s experience somehow an incitement to crime, a miraculous initiation into a dark world?  Moral fundamentalists and criminal code guardians would certainly think so. As do, it seems, auctioneers who seem to have placed Friend on the taboo list.  As with listening to Wagner, there is a presumed temptation that engaging a person’s work is bound to corrupt you as readily as the creator himself.

According to Frank Campbell, who got his hands on a copy of the 2006 published volume of diaries, Friend was ‘the last British Empire paedophile’.  But for all that criminality, he remained prolific, his work that should be the subject of an assessment separate from his own unpunished acts.

The sex-ed war: Pearl clutchers are putting our children in danger