Uncategorised
June 10, 2015May 28, 2020 Editor 2055 Views 0 Comments
If you want a sneaky yet poetic window onto the gay life in Iran, an Instagrammer provides just that.

The account Tom of Tehran (https://instagram.com/tom_of_tehran/) publishes intimate pictures of gay Tehran. They are subtle in nature, perhaps following the long tradition of Persian poetry, where metaphor is king.

Most images are accompanied by a description, a poetic narrative that, at times, gets cheeky, humorous, or envious. But it remains evocative at all times.

“The records, stories or imaginations of a playful mind” is how the Instagrammer describes the account. The playfulness beams in his writing, as it does in the framing of the photos, the cheeky angles and in its teasing holding back, as well as juxtaposition of gay cheekiness from the western world with their Iranian cousins.

‘Tom of Tehran’ is named after ‘Tom of Finland’, the pseudonym of the Finnish artist Touko Laaksonen who was known for his homoerotic art.

I find this picture a summing up of what Tehran is: 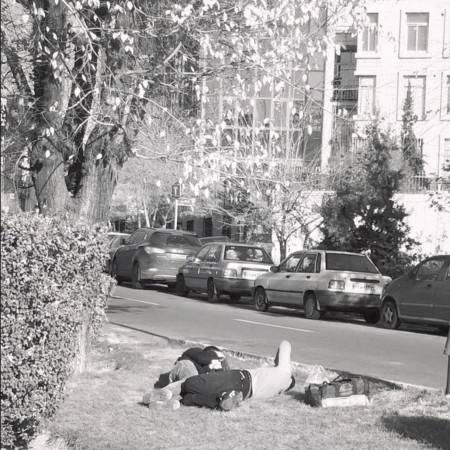 “This is not Amsterdam. This is the heart of our Tehran: where boys lie down side by side on the grass, where girls walk hand in hand in the streets and kiss the corner of a lip for greeting. This is the city that, as a matter of luck, doesn’t recognise labels as such. The minds of its citizens are not yet compartmentalised: LGBTs in one shelf and straights in the other: No. The people of this city manage to have their personal definition of things: tight jeans, red socks, long or short hair do not signify anything – much. I know that labels can get hard and wild: being a giver or a taker means different things in this city. It has its own dividing lines. But if you leave the bedroom aside, this is the city where you can lie down on the grass, by the side of the street, side by side another man, and let your knees touch. I must also tell you that this city is still a masculine city, its feminine side hidden under seven layers. This is Tehran: masculine, horny, free and subcutaneous.”

It was in September 2007 that Iran’s then president Mahmoud Ahmadinejad blatantly denied the existence of homosexuals in his country.

“In Iran we don’t have homosexuals like in your country,” Ahmadinejad said at Columbia University in response to a question about the execution of two gay men in his country. “In Iran we do not have this phenomenon. I do not know who has told you we have it.”

But the Tom of Tehran, who prefers not to reveal his identity, has a more playful approach to politics.

“In different day to day situations, people behave in ways that might not even be believable for themselves. In happiness, they open up to new experiences. In Tehran’s street celebrations, men become more achievable. Maybe some of them want to try out something new! Do not miss any street celebrations: be them for football, presidential elections, or the success of nuclear talks.”

And he seems to be a religious man, taking his spiritual duties seriously: 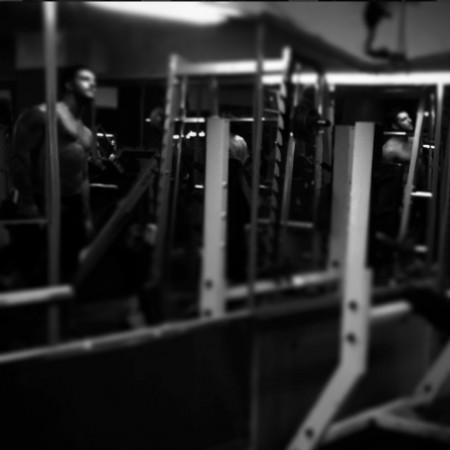 “The gym is the church of the gay. The good gay should visit the gym/church at least three times a week. The gym is not only a place for work-out/prayer, it is a place to meet other ‘believers’, get to know them, interact with them. The gym is the gay-making factory, as the university is the human-making factory.”

Here he is playing with what the founder of Islamic Revolution called universities: the human-making factories.

‘Subcutaneous’ is a word that is associated with two things in Iran: something hidden or acting that is so good as if it runs under the skin of the actor. Our Instagrammer seems to think the city carries this quality in all its glory. 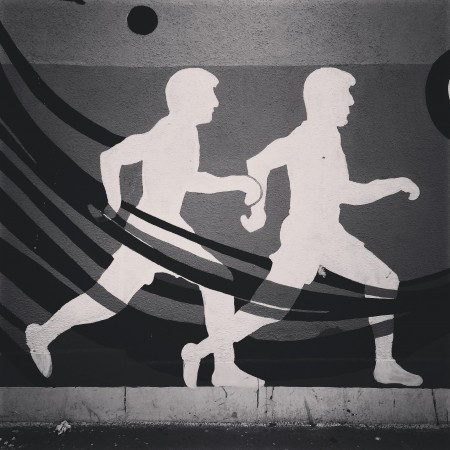 “Everything in this city is subcutaneous. Take a look under its skin and you shall see a lot.”

The photos and translated text are reproduced by kind permission of Tom of Tehran. Follow him on Instagram at
https://instagram.com/tom_of_tehran/